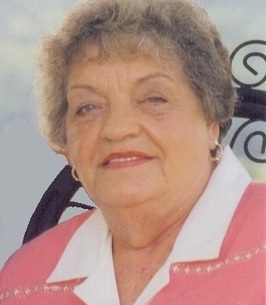 Share this tribute
Memorial Candles Lit for Agnes | SEE ALL
Light a Candle
"We are honored to provide this Book of Memories to the family."
— Clinton Funeral Service
Funeral Details Memory Wall Photos & Videos Send Flowers

Print
Agnes L. Scott, 81, passed away August 17, 2018, at her home in Clinton, Arkansas. She is preceded in death by her husband, Frederick and son, Michael. She is survived by her sister, Eunice Bartley, of Portage, MI; brother, David Lovell, of Muskegon, MI; and daughters, Cindy (John) Overbey, of Spring, TX; Gail (Robert) Yawn, of Pocatello, ID; and Pam (Randy) Soell, of Clinton, AR. Left to cherish her memory are 9 grandchildren and 8 great grandchildren.
Agnes was born in Muskegon, MI, on November 28, 1936, to Lizzie and Byron Lovell. She met and married Frederick Scott in 1954. As a military wife, Agnes travelled to France, Germany, Okinawa and several posts throughout the United States. After retiring from the military in 1974, the couple settled in Van Buren County, AR. She worked 15+ years for Belden Corp. and also volunteered at Helping Hands in downtown Clinton. Agnes's hobbies included painting, quilting, genealogy and cooking. She had a special place in her heart for animals and, especially, for her beloved dog, Taco.
Visitation will be held at the Clinton Funeral Service, Clinton, AR, on September 1, 2018, between 6-8:00 PM.
Funeral service will be held at the Clinton Funeral Service, Clinton, AR, on September 2, 2018 at 2:00 PM.
Arrangements entrusted to Clinton Funeral Service. To sign Agnes Scott’s Book of Memories, please go to www.clintonfuneralservice.com.


To send flowers to the family of Agnes Lucille Scott, please visit our Heartfelt Sympathies Store.

We encourage you to share any memorable photos or stories about Agnes . All tributes placed on and purchased through this memorial website will remain on in perpetuity for future generations.

May the Lord be with you all the days of your life and in the Eternal Ever After. Much love and deep condolences.
Allison Hartman - Tuesday August 21, 2018 via Heartfelt Sympathies
Share This:
1
Page 1 of 1
Share
×