To share your memory on the wall of Jackie Casey, sign in using one of the following options:

Jackie is preceded in death by her late husband, Ruel Casey and her father, Jack Burbridge

The family would like to extend their heartfelt appreciation to those that have called, text, expressed love, prayers and given support during this difficult time; Also, any donations for Jackie can be left at the VFW in Fairfield Bay or given to her daughter, Veronica Impson, Thank you!

To send flowers to the family or plant a tree in memory of Jackie Casey, please visit our Heartfelt Sympathies Store.

Receive notifications about information and event scheduling for Jackie

We encourage you to share your most beloved memories of Jackie here, so that the family and other loved ones can always see it. You can upload cherished photographs, or share your favorite stories, and can even comment on those shared by others.

Bobbie and Jason Wilfing and Family, Jonathan, Kelcee, and Kim, and other have sent flowers to the family of Jackie Casey.
Show you care by sending flowers

Posted Oct 06, 2020 at 09:54pm
Im so sorry for your loss V. Our thoughts and prayers are with you and your family during this time.

3 trees were planted in the memory of Jackie Casey

Thank you guys soooo much.
PO

So many wonderful memories of my friend and former classmate. We were playing Bruno-Pyatt in a tournament finals. They had a girl that was at least 6 ft. tall and Jackie had to guard her. It was a close game but in the final few seconds they had the ball and would win if they scored. Coach called a time-out and told me and Jackie that we had to keep her from getting the ball so he put one of us (?) in front of her and one behind. Needless to say, they lobbed the ball to her and she scored. We were sick but later we could laugh about trying to sandwich and stop her from scoring. I am going to miss talking to her on facebook and so thankful that my last conversation with her, we both told one another that we loved them. Love and prayers to all her family and close friends who were blessed to have known her!
BF

Bobbie and Jason Wilfing and Family

Bobbie and Jason Wilfing and Family purchased flowers for the family of Jackie Casey. Send Flowers

Posted Oct 09, 2020 at 09:45am
We are thinking of you during this difficult time and our prayers are with you.

Posted Oct 08, 2020 at 09:47am
To Veronica (Blanche), sending love and prayers of comfort your way. Love you always. From two of your golden girls.

Flowers were purchased for the family of Jackie Casey. Send Flowers

Posted Oct 06, 2020 at 04:55pm
Jackie gave her heart and soul into helping veterans may she soar high. She will never be forgotten HooAhh
Comment Share
Share via:
VI

Thank you so much for your condolences 💐 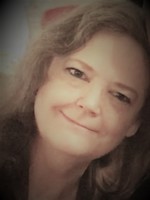 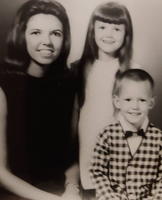 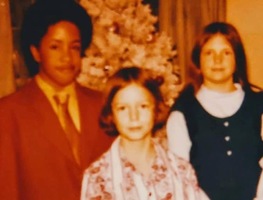