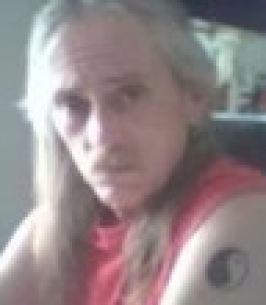 John Edward Olive Jr., 70, of Bee Branch passed from this world on March 2, 2022, to that great stage in the sky. He was born to John Edward Olive Sr. and Betty Jean Olive on October 30, 1951, in Henderson, Nevada.
Proceeding John in death was his parents Betty and John Sr., sister, Theresa Olive, grandparents: Luther and Agnus Olive and Douglas Jones.

Those left to cherish his memory are his sister, Judi Armstead and husband Bradley, nieces: Brandi Davis and children Hayden and Clay Davis, Heather Franco, and children Cloey and Carley Villanueva, Shay Armstead, nephew, Brier Armstead, other relatives, and many friends.

John attended college at UALR and received his Bachelor of Arts in Tech Theatre where he also minored in Journalism. He was an experienced film, video, and stage technician. John worked for KWCH-TV, Wichita, KS. as a Producer-Director, in the KWCH promotions department. He served as a Field Production Supervisor, where he was responsible for a four-camera remote truck. John also shot all location production; also responsible for twelve, five, and six o’clock newscast live shots. He was a Studio Supervisor, head of floor crew, and took care of all in the house production. While serving as the Floor Director, he was responsible for giving great care for the floor direction of five, six, and 10 o’clock broadcast. He was the President Owner of Adventure Services who had a line of clients who included: Boeing, Beech, Cessna, Pizza Hut, BBC Channel 4, MTV, NBC, CBS, ABC, and The Miss USA Pageant. He worked as an electrician for Keith Merril’s production, Ozarks Legends, and Legacy Imax film. The following year he also, served as an electrician for the TNN production of Cowboy Hall of Fame, Staring the Sons of the Pioneers. John also worked for the Lawrence Welk Show in Branson, MO in 1994 and continued to work there through 1999.

John was a man who loved to be challenged. He looked at challenges as a treat for himself, solving problems was his specialty. He worked well with a crowd or by himself. Those that love him will miss him dearly but will find comfort knowing that he is in the greatest spotlight of his life-Heaven.

A memorial service will be held at 2:00pm, Friday, March 25, 2022, at Damascus United Methodist Church in Damascus, Arkansas.

To sign an online guestbook, please visit the Memorial Wall on this page.

Clinton Funeral Service is honored to be entrusted with these arrangements