To share your memory on the wall of Johnny Rhoda, sign in using one of the following options:

Visitation services will be held at Clinton Funeral Service on February 25, 2021, at 10:00am followed by a funeral service at 11:00am. Graveside service will be immediately following at the Trace Ridge Cemetery on Highway 254. There will be Full Military Honors service as well
Read Less

To send flowers to the family or plant a tree in memory of Johnny Keith Rhoda, please visit our Heartfelt Sympathies Store.

Receive notifications about information and event scheduling for Johnny

We encourage you to share your most beloved memories of Johnny here, so that the family and other loved ones can always see it. You can upload cherished photographs, or share your favorite stories, and can even comment on those shared by others.

Love, Jerry & cherry meadows, George & Alfreda Bruen, and other have sent flowers to the family of Johnny Keith Rhoda.
Show you care by sending flowers

Posted Mar 27, 2021 at 05:49pm
Wow! I just found out Johnny passed away. My condolences to the family he was a friend and former employer at Hillbilly Homes many moons ago. He will certainly be missed. Steven Autry
Comment Share
Share via:
FK

Posted Feb 27, 2021 at 02:24pm
Linda, Marsha, Kevin, and all of the family: I will miss Johnny a great deal. The service was beautiful; an awesome tribute to a wonderful man. Johnny will live in our memories, and through his children, grandchildren, and great-grandchildren. I'm sorry for your loss; but so happy that you shared him with us for a good long while. Rest In Peace, Johnny. It will surely be said of him: "Well done, good and faithful servant." - Warmest regards and with all of my sympathies, -AJ Kelly
Comment Share
Share via:
KL

Posted Feb 26, 2021 at 07:52pm
Our deepest sympathy to you and your family. He will be missed by many. God bless you. Love, Kay and Ladoy❤️❤️
Comment Share
Share via:
GC

Posted Feb 26, 2021 at 07:05pm
Sending love and prayers for you all, Linda. May God hold you close to him as you celebrate the life of this very special man. My thoughts are with you!

Posted Feb 26, 2021 at 02:51pm
Linda, Marsha and family and the Rhoda family,
I am so sorry for your loss. My thoughts and prayers are with you. I know it's a very difficult time for you. Johnny was always so nice and friendly.
Love you all
Shirley Waller 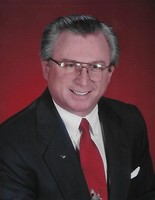 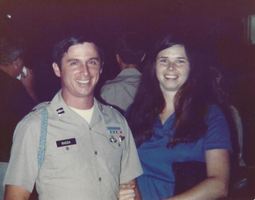