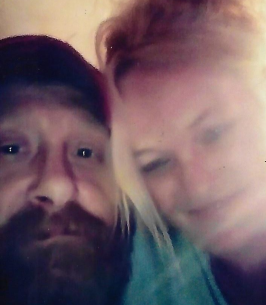 Even as a little boy Kyle had the most tender heart. He would always be watching out for his siblings and any others he was near. He had a spirit about him that was always watching out for others. Even a kid as you were headed to the river to fish, he would make sure the branches were pulled back out of the way, or make sure you didn’t fall on slick rocks. Things such as that may seem simple to some but are precious memories to hold on dearly to of what a considerate person he was from childhood. He was always looking out for others. That humble kindness he displayed as a child he carried with him for the rest of his life. Strangers were treated just like family anytime he would see someone in need.

When Kyle was still in school, he played baseball on his way to the Major Leagues. No doubt he was hot on the mound pitching at 96 mph. He had scouts coming to see him play from all over. He had a slot with the St. Louis Cardinals, but sadly due to an accident when he was 17, that opportunity was crushed. However, he still continued to play throughout life, but nothing like the heat he pitched before.

Kyle had a laugh that was contagious. You couldn’t help but join him, even if you didn’t know what he was laughing at because his laugh was so full of joy itself. He almost always had a smile on his face. He always had the perfect words that could make any sad moment turn around into a moment of happiness and hope. He was a true gentleman treating his wife as if she were a queen. Nothing was difficult in his eyes when it came to taking care of his family. He knew he was given a precious gift from the Lord above whenever he and Paula found each other. They fit together like a pair of gloves. They met in 1997 and were wed in 2001. A strong beautiful bond was formed tightly between them that could only grow stronger. A love so many seek.

Kyle was an outdoorsman for sure. He spent a great deal of his time hunting, fishing, exploring, and playing with his grandkids. He loved tumbling them around in the yard and showing them what a real wrestling match was all about. Believe this, when he had all three to pile on him at once he had a good fight on his hand. Really, he was like a big kid himself. He taught them many things. Kyle was their Papa, and he loved him with everything in him. His grandkids were the pride and joy of his life. His loving kindness will shine on through them.

Preceding him in death are his mother, Lucy, and brother, Jay Holley.

A celebration of life will be at 2:00 pm, Saturday, July 30, 2022, at PeeDee Cemetery in Clinton, Arkansas. A memorial potluck is scheduled after the service at the community building located at the Cemetery. Reverend Gordan Lemings officiating.

Clinton Funeral Service is very honored to be entrusted with these arrangements.