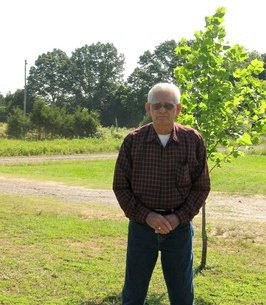 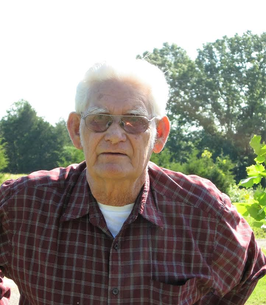 Share this tribute
Memorial Candles Lit for Lindy | SEE ALL
Light a Candle
"We are honored to provide this Book of Memories to the family."
— Clinton Funeral Service
Funeral Details Memory Wall Photos & Videos Send Flowers

Print
Lindy Pat Badders, 78, of Gravesville, passed away Wednesday, April 26, 2017, at his home.
Born July 26, 1938 in Heber Springs, Arkansas to the late Charley and Shellie Cathy Badders, Lindy was a US Army Reserve Veteran. Lindy was a retired bridge weld inspector for Afco Steel, enjoyed fishing, hunting, gardening, and sitting on his front porch. He was also a Mason and a member of Doric Lodge #471 in Damascus.
Left to cherish his memory are his son, Bobby Badders of Gravesville; siblings Dawn Herndon of Hopewell, AR, Glen Badders of Heber Springs, AR, Dale Badders of Indiana; grandchildren Jayme Badders Beck and Devin Badders, both of Gravesville; great-grandchildren, Sophie and Spencer Badders of Gravesville; numerous nieces, nephews, friends, and other family.
Lindy is proceeded in death by his parents and one brother, Nolan Badders.
Visitation will be Sunday April 30, 2017 from 3 pm to 5 pm at Clinton Funeral Service in Clinton. Graveside services will be Monday, May 1, 2017 at 2pm at Pearson Cemetery in Pearson.
To sign Lindy's book of memories, go to www.clintonfuneralservice.com.


To send flowers to the family of Lindy Pat Badders, please visit our Heartfelt Sympathies Store.

We encourage you to share any memorable photos or stories about Lindy . All tributes placed on and purchased through this memorial website will remain on in perpetuity for future generations.

RH
Condolence to the Badders family. God will comfort you and help you get through this sad ordeal.

Pat was a business client of ours and I am so sad to hear of his passing.

God bless you all.
Ruby Hopper - Sunday April 30, 2017 via Condolence Message
Share This:

JB
I worked with Pat 30 plus years and enjoyed knowing him. I am sorry to hear of his passing. He will be missed. May the Lord strengthen you and bless you with His peace. John Brady
John Brady - Saturday April 29, 2017 via Condolence Message
Share This:

KH
You will forever be in our hearts and memories are so many.No matter what happened in our family you was always there.We will meet again someday.Love Doyle and Karen.....
Karen Harlan - Saturday April 29, 2017 via Condolence Message
Share This:
1
Page 1 of 1
Share
×