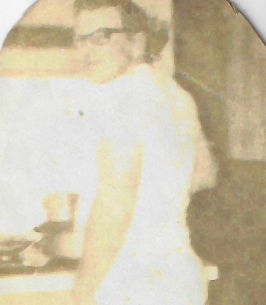 Robert Franklin Montgomery, 83, of Greenbrier, Arkansas, went to be with his Lord and Savior, January 12, 2022. He was born to the late Lavern Wesley Montgomery and Kines Geneva Montgomery, November 27, 1938, in Guy, Arkansas.

Robert was married to the love of his life, Helen Montgomery, for 61 years and together they raised their beautiful daughter, Shona.

Robert and his family moved to Guy, Arkansas in 1970 and continued his commitment to his community of Guy and Greenbrier, serving as a mentor with kindness and guidance to hundreds of children. He spent 30 years coaching children in the communities of Little Rock, Greenbrier, and Guy. Robert made his living painting for 52 years.

One of Robert’s pleasures in life was playing golf. He regularly won tournaments and enjoyed many friends he met throughout the years on the golf course. One of his treasures was his daughter Shona. Shona returned that love to her father a hundredfold. Her memories of her father will last her a lifetime. One of Robert’s greatest relationships was with his pastor, Brother Gary Burdin. Over the years, their friendship grew until Brother Gary called his friend “Dad.”

We were and are “Blessed” with neighbors who are more than friends. They were caregivers: Mary and Dennis Sternberg, Johnny and Kathy Passmore, Waymon Passmore, David and Sandra Davenport. Robert was deeply loved and will be missed by all that knew him.

Clinton Funeral Service is honored to be entrusted with the services of Robert Montgomery.

To sign the online guestbook please visit the Memory Wall on this page.