To share your memory on the wall of Stanley Mascoe, sign in using one of the following options:

Stanley is preceded in death by his parents, Stanley, and Martha Mascoe; his first wife, Joyce Louise Mascoe; one brother, Gerald T. Mascoe.

Pall Bears will be Stanley’s grandsons.

Honorary Pall Bears will be the Sunday School Class.

In lieu of flowers, the family has asked that donations be made to the Gideons or Woodland Heights Baptist in Conway in honor of Stanley Mascoe.

Visitation will be held at 1:00 p.m. with services following at 2:00 p.m. at the Woodland Heights Baptist Church in Conway with Brother Larry White officiating. Burial will follow at the Crest lawn Memorial Park in Conway.

To send flowers to the family or plant a tree in memory of Stanley Richard Mascoe, please visit our Heartfelt Sympathies Store.

Receive notifications about information and event scheduling for Stanley

We encourage you to share your most beloved memories of Stanley here, so that the family and other loved ones can always see it. You can upload cherished photographs, or share your favorite stories, and can even comment on those shared by others.

Posted Aug 31, 2020 at 10:54am
Renee, Your dad and wife came into the Senior Center for a Driving Class earlier this year and I recognized him immediately. We talked about everything, and of course about you and Ricky (brought back a lot of memories). He was very proud of his children. I'm sorry for your loss Vicki Daniel (Flake)
Comment Share
Share via:
PD

Posted Aug 23, 2020 at 10:46pm
Cindy & Mark,
I'm saddened to hear of the passing of your precious Dad. Praying God's peace and comfort for you and all your family.
Pam White Dunavant

Posted Aug 20, 2020 at 10:12pm
Pam, you & the family are in our thoughts and prayers. Stan and you were such good friends to Hazel & Lloyd. I know she has missed seeing y’all since all the COVID-19. I certainly appreciate all you have done for her. There aren’t words to express how sorry we are for your loss.

Posted Aug 20, 2020 at 09:45am
Thank you, Stanley, for your selfless friendship and joyful spirit that were a joy and a comfort to many. You and Pam always “showed up” to lend support in every way. So grateful and thankful for you BOTH. ... Peace, blessings, and comfort to ALL your precious family...🙏🏼🕊💙
Comment Share
Share via: 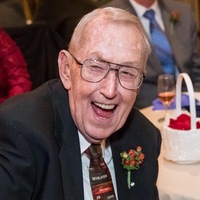 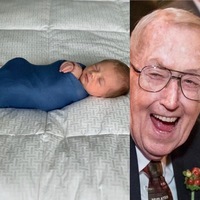 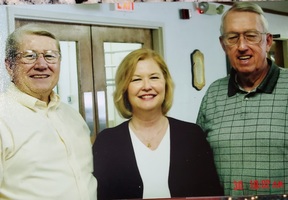