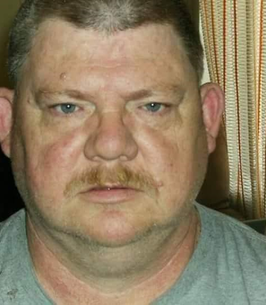 Share this tribute
Memorial Candles Lit for David | SEE ALL
Light a Candle
"We are honored to provide this Book of Memories to the family."
— Clinton Funeral Service
Funeral Details Memory Wall Photos & Videos Send Flowers

Print
David Ernest Radcliff, 58, of Danville, passed away Monday January 2, 2017 at Baptist Health in Conway. Born May 19, 1958 to Frances Radcliff and Lucille Swiger in Paynesville, Ohio, David was employed by Wayne Farms in Danville. In his free time David enjoyed his motorcycles, boating, and fishing.
Left to cherish his memory are his father, Frances Radcliff; children Joshua and wife Tamra Radcliff of Damascus, Shanna and husband Johnny Pearce of Greers Ferry; siblings Floyd, James, and Amber Radcliff; five grandchildren and several nieces, nephews, friends and other family. David is also survived by the mother of his children, Mary Pricer of Clinton.
David is proceeded in death by his mother, Lucille Swiger Radcliff, daughter Amanda Tyarks, brothers John and Donald Eugene Radcliff and two grandchildren.
Services to be announced later.
Cremation arrangements entrusted to Clinton Funeral Service of Clinton. To sign David's book of memories, go to www.clintonfuneralservice.com.

To send flowers to the family of David Radcliff, please visit our Heartfelt Sympathies Store.

We encourage you to share any memorable photos or stories about David . All tributes placed on and purchased through this memorial website will remain on in perpetuity for future generations.

MF
JOSH AND TAMARA AND FAMILY,
WE ARE SO SORRY FOR YOUR LOSS. IF THERE IS ANYTHING WE CAN DO PLEASE LET US KNOW.
OUR PRAYERS AND LOVE ARE WITH Y'ALL.
MARY AND LAMAR HARVEY AND FAMILY - Wednesday January 04, 2017 via Condolence Message
Share This: