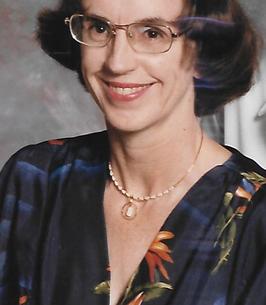 Share this tribute
Memorial Candles Lit for Mary | SEE ALL
Light a Candle
"We are honored to provide this Book of Memories to the family."
— Clinton Funeral Service
Funeral Details Memory Wall Photos & Videos Send Flowers

Print
Jean Fureigh, of Quitman, Arkansas, passed away in her sleep on April 9, 2017, after having suffered two strokes in the past five years. We are confident that she is with her Lord and Savior and is finally able to walk and talk again.
Jean was born in Burbank, California, to Milton and Gertrude Stoughton. She graduated from Whittier College in California, with math and physics degrees, later becoming a scientific analytical computer programming specialist. She and engineers helped lay the groundwork to get Sky Lab into orbit and she later helped track test missiles after launching, among other interesting projects.
Leaving behind to cherish her memory are her husband, Larry Fureigh; daughter, Karen Wright, and husband, Tim, of Coarsegold, California, and son, Walter Smith, and wife, Sharon, of Auckland, New Zealand. Jean is also survived by grandchildren, Erik, Brandon, Daniel, Rachel, and Laura; brother, Don Stoughton, and wife, Doris, of Corona Del Mar, California; sister, Shirley D'Agosta, and husband, Lou, of San Jose, California; brother-in-law, Robert Fureigh, of North Little Rock; sister-in-law, Jeanette Wood, of Cabot; very special friends, Scott and Jeanette Johnson, of Kwajalein, Marshall Islands; and many other family and friends.
Jean was preceded in death by her father, Milton Stoughton; mother, Gertrude Stoughton, and brother-in-law, Gary Wood.
The family would like to especially thank those who cared for Jean at home and in the nursing home. Many are now "family." Your loving care through the years is so appreciated!
There will be special occasions in Arkansas and California to remember Jean and what she meant to so many. Those dates will be announced later. Memorials may be made in Jean's memory to Covenant Presbyterian Church, 111 South Broadway, Heber Springs, AR 72543.
Arrangements entrusted to Clinton Funeral Service. To sign Jean's Book of Memories, www.clintonfuneralservice.com.


To send flowers to the family of Mary "Jean" Fureigh, please visit our Heartfelt Sympathies Store.

We encourage you to share any memorable photos or stories about Mary . All tributes placed on and purchased through this memorial website will remain on in perpetuity for future generations.