To share your memory on the wall of William Madden, sign in using one of the following options:

Print
William Bart Madden, 71, of Clinton, Arkansas died peacefully January 23, 2021, in a place he loved and could call home. He was born November 27, 1949 in Bastrop, Louisiana to the late Samuel and Geneva Madden.

He was preceded in death b... Read More
William Bart Madden, 71, of Clinton, Arkansas died peacefully January 23, 2021, in a place he loved and could call home. He was born November 27, 1949 in Bastrop, Louisiana to the late Samuel and Geneva Madden.

He was preceded in death by his parents, one brother, Waymon Thurl Madden, and one sister, Patricia Ann Adams.

Bart had a good heart that not everyone could see. He was a friend that could stick closer than a brother and take a bullet for you if the situation needed. He loved riding horses, motorcycles, women, and firearms. If you didn’t like being told the way it was you might not always like to be around him. Bart served his country in the United States Marine Corps. He served in the Vietnam War where he was a member of a Recon team and fought proudly for his country. Unfortunately like many soldiers, Bart went to war, but the war never left. He was a recipient of the National Defense Service Medal, Vietnam Service Medal with 1 Star, Vietnam Campaign Medal with Device, and Rifleman Marksman Badge. Those that knew him, loved him and he is going to be missed.

Receive notifications about information and event scheduling for William

There are no events scheduled. You can still show your support by sending flowers directly to the family, or planting a memorial tree in memory of William Bart Madden.
Plant a Tree

We encourage you to share your most beloved memories of William here, so that the family and other loved ones can always see it. You can upload cherished photographs, or share your favorite stories, and can even comment on those shared by others.

Posted Jan 25, 2021 at 07:46pm
Brother I will miss you , You will forever be in my Heart, You are with Mother, Dad ,Sister and older Brother Now I know you are Happy , I Love you
Your Brother Glen
Comment Share
Share via: 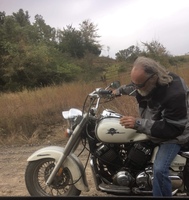